Understand and navigate through the emerging tech

(This is Part Two of a two-part post by Tantu Vardhan.) To view part one click here. Recap: The author uses various professional perspectives to capture the interaction between society and artificial intelligence. From the outset it is understood that AI would alter the answers to fundamental questions on what it it means to be, survive … END_OF_DOCUMENT_TOKEN_TO_BE_REPLACED

A brief on election campaigning on social media and impending threat to democracy by Arun Teja P Media plays a vital role in a democracy by informing the public about political issues as well as acting as a watchdog against abuses of power. During election campaigns, the same media (newspapers, television networks, new channels) provides … END_OF_DOCUMENT_TOKEN_TO_BE_REPLACED 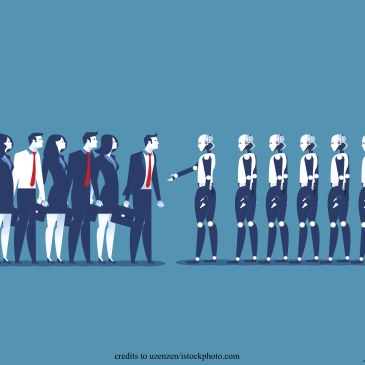 “To erase the line between man and machine is like obscuring the line between men and god[1]” – Ex Machina, Sci-fi Motion Picture, 2015 (This is Part One of a two-part post by Tantu Vardhan) This piece of work is going to be about ‘perspectives’. I am going to use this space to speculate and discuss … END_OF_DOCUMENT_TOKEN_TO_BE_REPLACED